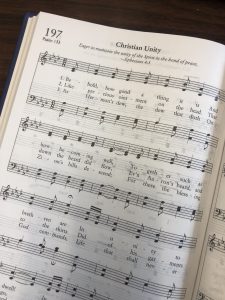 To learn more about the ARP denomination and singing Psalms, read The ARP Magazine article Singing Psalms, Hymns, and Spiritual Songs by Dr. Mark Ross. Part 2 will be printed in the next issue. You can find the article by clicking here. 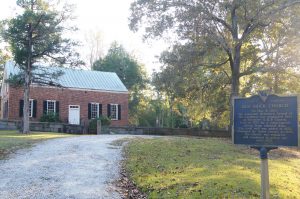 The historic house of worship was built in 1788, but there was a congregation in existence before the American Revolution. The original name was Ebenezer Meeting House. Over the years the church has become known as the Old Brick Church. The most important event in the church’s rich history occurred on May 9, 1803. It was then that the Associate Reformed Synod of the Carolinas was organized at Ebenezer to become one of the four synods that constituted the Associate Reformed Presbyterian Church, which had been earlier organized in 1782 in Philadelphia. By 1822 the Synod of the Carolinas, which had grown beyond the Carolinas, became the Synod of the South. Though the northern synods formed a new denomination in 1859 (United Presbyterian Church), the Synod of the South retained the name, Associate Reformed Presbyterian. Damaged by Union troops in 1865, the church was repaired and remained in active use until 1920. Catawba Presbytery formed the OBC Commission in March 2007, to oversee the building and its properties, and to organize a special worship service at least every 5 years. This unique gathering serves to remind us of the role this church played in the founding and life of our denomination. Therefore, please join us for worship on Reformation Sunday, October 27, 2019, at 3 pm.